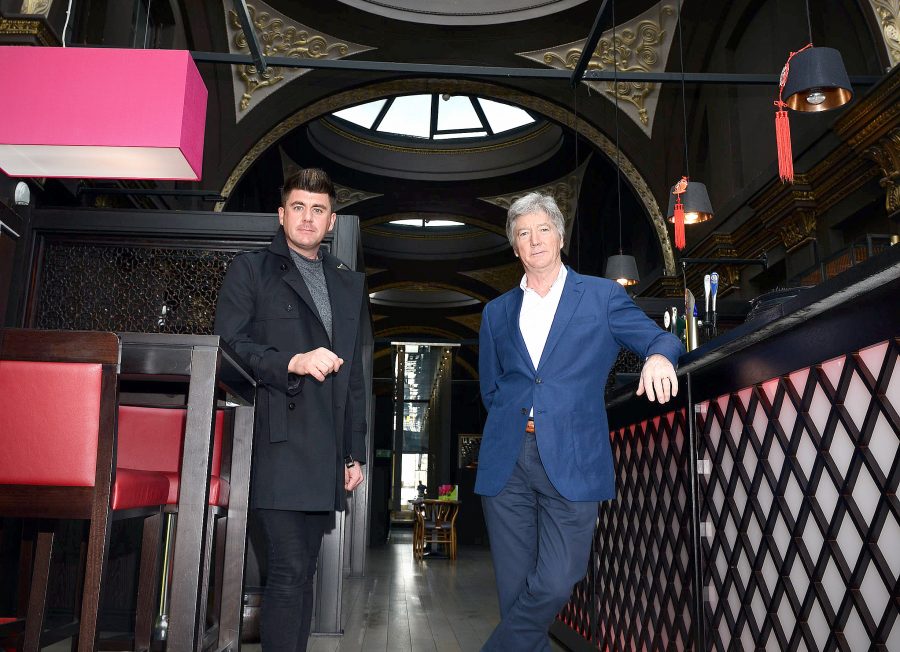 Gary Hutchinson, who announced last month that he would be leaving his high-profile FA role at the end of 2017 to concentrate on a private leisure venture, has taken control of the 55 Degrees North-based venue, Fat Buddha Newcastle.

Under his ownership, Fat Buddha Newcastle will undergo a soft refurbishment, with a relaunched food menu, and the addition of a trendy new bar below the main restaurant space.

The relaunch will see Hutchinson open Nirvana Bar on the lower floor of the venue, a 500-capacity late-night bar, that will feature live music and a DJ, as well as new décor and a reinvigorated drinks menu.

Mr Hutchinson said: “The Fat Buddha has earned a deserved reputation as a brand that is ahead of its time – stylish, sophisticated but relaxed, and somewhere people come to for a quality experience, with great food, drinks and service. I want to build on the fantastic work of Bob and his team, and give the venue a renewed sense of purpose and direction.

“We have a unique venue and a stunning proposition overall at Fat Buddha Newcastle – we believe we can build on that and re-establish it, once again, as a must-visit Tyneside venue.

“We know we have a strong offer as a place for corporate functions and events, so we expect to see the company quickly establish itself, with Christmas fast-approaching, and with a new menu and offer, we hope to attract a new crowd to come and enjoy the venue.”

Fat Buddha is based on the 55 Degrees roundabout – one of Newcastle’s most visible landmarks. Set over three floors, the venue can cater for private functions for over 650 guests.

The takeover of Fat Buddha Newcastle is one of a number of venues Mr Hutchinson has been pursuing. The established business figure has set up a parent company, Chrysalis Leisure, which will run Fat Buddha Newcastle, and hopes to add more venues across the North East to the company’s portfolio. He has been researching new concepts around the UK and beyond, and plans to introduce new exciting features to the Newcastle venue.

Once he has re-established Fat Buddha, he plans to take on consultancy projects across the UK, as another function of the newly incorporated business.

The Corporate team at Mincoffs Solicitors acted for Bob Senior, who founded the restaurant in 2012.  Bob said “It’s been five fantastic years since I set up Fat Buddha Newcastle, and I have thoroughly enjoyed opening a venue that became so well-known and loved in the city, but I am ready to hand over to someone I know will take this venue on to the next level with his own thoughts, experience and enthusiasm”.

“Gary has a strong reputation in the leisure and hospitality sector, and I am sure the venue is in safe hands under his leadership, particularly as he has invested his own money in the project. I look forward to supporting him as he takes the business forward.”